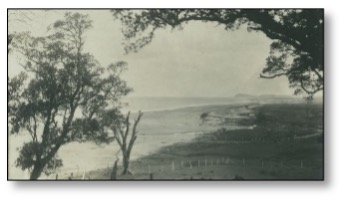 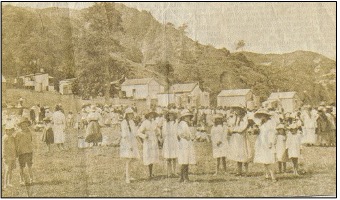 The view across Pohutukawa Park in the 1920s. 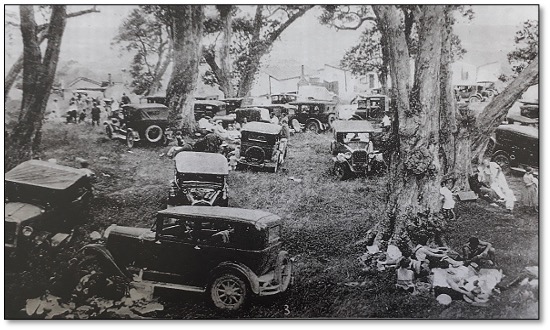 The most popular activity in Pohutukawa Park in the earlier decades were picnics, as shown in this 1921 event.

In the thirties and forties people dressed in their Sunday best, parked their cars under the trees and relaxed. 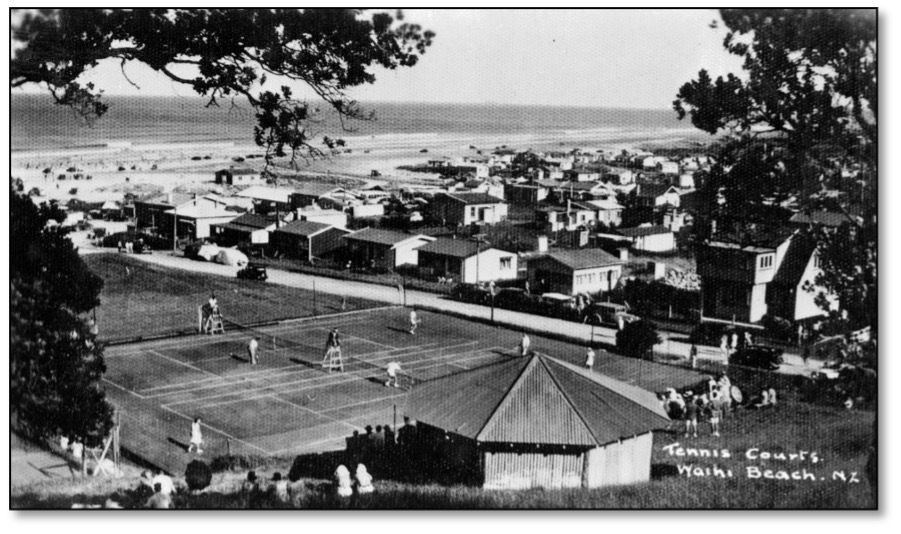 The Waihi Beach Tennis Club was opened in 1931. Tennis has proved a popular activity throughout  the decades. 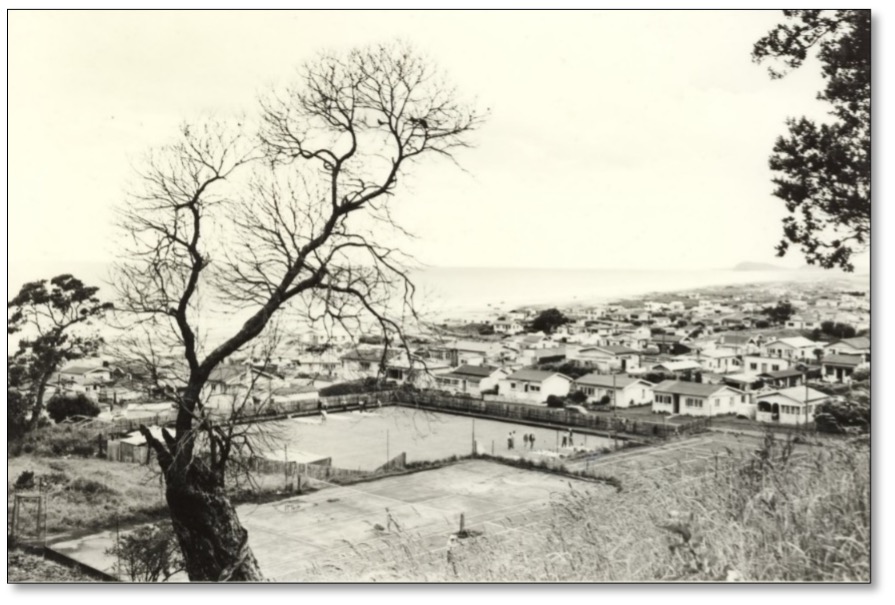 In 1933 the Waihi Beach  Outdoor Bowling Club  was built beside the tennis courts.

When the Waihi Beach Outdoor Bowling Club was moved to the RSA in 2000, the Waihi Beach Tennis Club took the lease of the land from Western Bay of Plenty District Council and created two more courts. 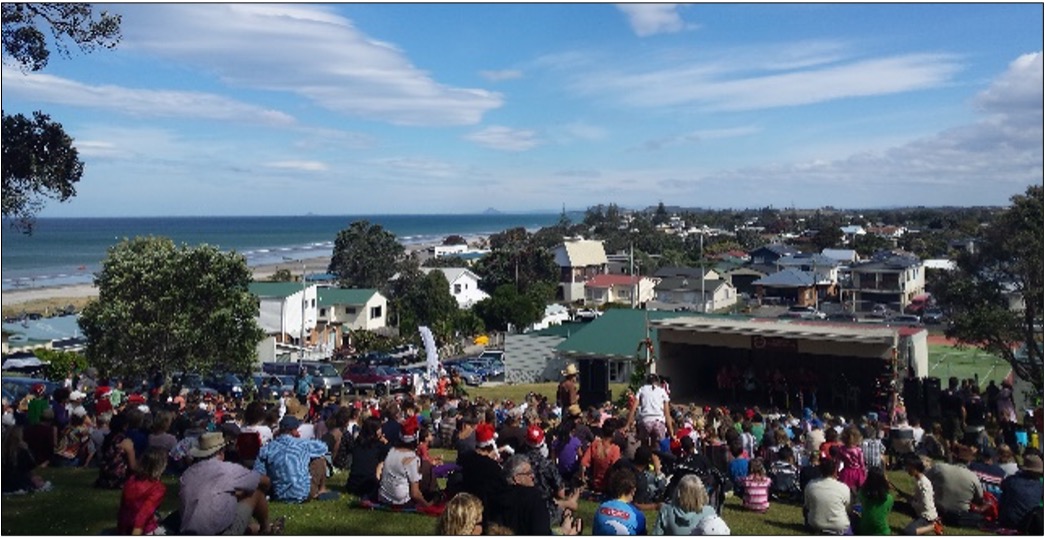 The first Soundshell was located behind the original Surf club and moved to Pohutukawa Park in 1957 when the skate park at North End was built over the top of it’s site.

The building and seating under the trees have remained the same over the decades  at Pohutukawa Park.

Ohinemuri Council records show consent for the Soundshell building in 29th  November 1974, but records prior to 1974 are missing.

The application was made for a “permanent Soundshell”, which means that the structure in the fifties and sixties may not have been considered as permanent.

The building was at that point owned by the Progressive Association which later disbanded. The role of the association merged into  the Waihi Beach Community Events and Promotions Inc. who have taken over  guardianship of the building.

Over the decades the Soundshell has provided local entertainment, bands, fund raisers, festivities, Miss Waihi Beach competitions, tag wrestling and many more events which evoke memories for those who were there at the time.

Events were generally accompanied by candles, and the sound of the Surf Club volunteers rattling buckets for money.

Today the building  is in need of some renovation to meet building standards. 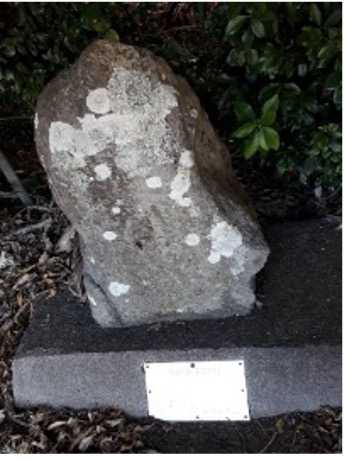 Behind the tennis courts is a small native forest planted by Archie Leech.

There is a plaque to the left of the forest fringe behind the tennis club.

It is under a large stone set on a base inscribed “Leech Grove: This fine collection of native trees was planted by the late Archie Leech to whom we are indebted.”

In the 1940s Archie leased the land behind the tennis courts to run sheep, utilising the grazing land across to Orokawa.

A resident remembers him off loading the sheep from the back of a truck and off they went in all directions.

Archie Leech planted kauri trees in the 1940s, and every year another set of natives was added until it was no longer a grazing area but a small native forest.

He planted hydrangea in a small area to the right above Pohutukawa Park, of which remnants are still visible today, and hydrangea at Cave Bay at Bowentown  which are less conspicuous.

He had a hand in establishing the scattering of Norfolk Pine along the shores along the central part of the beach, the Phoenix Palms along the highway at the northern entrance to Waihi and the circle of Pohutukawa at ANZAC Bay.

0.14 miles
Waihi Surf Lifesaving Club: Note that it was not named as Waihi Beach Lifeguard Services Incorporated until after 2010, after  all life saving clubs were drawn under a  national body Read more...

500 feet
Early camping Camping at the North End has always been popular, even in the days where there was  neither  road nor amenities. The earliest photographs show families in large canvas Read more...

0.39 miles
Development of residential housing in the Brighton Road area started as early as 1924. Brighton Park Reserve is marked north to the Leo Street sections. The area is significant today Read more...
View all