The committee came into existence on November 28 1984 but decided that its financial year should end in June.

Treasurer Howard Dowrick reports that at balance date, funds raised has passed the three thousand dollar mark, the result of stalls, raffles, housie and other activities organised by Mrs Stevens and her band of helpers.

At the present time Mrs Stevens says that Tuesday night housie at the Surf Club is the principle  activity.  While the numbers are satisfactory, funds and prizes would benefit from a larger attendance. She hopes therefore it would be possible to attract more patrons.

The question of the hall site is still undecided. The Community Council considers that there are two alternatives. Broadlands near the Primary School and the school section itself, but the decision is one for residents to decide.

Public reaction to the suggestion for  Wilson Park was so vehement that it is not considered likely that such a scheme will be aired again.

A public meeting to discuss the site with the County has been called for September 4, 1985”

The Waihi Beach Community Centre came into existence because of the vision of a small group. Funds in the hundreds of thousands dollars were raised by the community with one trust member even putting their farm up as collateral.

Eileen Stevens, after  whom the supper room is named, was one of the key stalewarts  of the project.

This was a community driven project. The community own the hall. 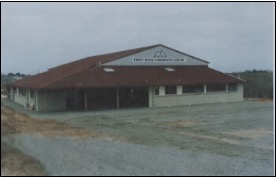 The Trust Bank Community Centre was opened on the 17th July 1995 after six years of fundraising and three years of construction.

It is one of the largest hall facilities in the wider district for sporting and social events.

The ceremony was a fine celebration. There was a fly-over of aeroplanes from the Waihi Beach Airstrip and karakia and waiata by Maori from Otawhiwhi.  Salvation Army Captain Peter Gill provided a dedication to the building, and others who had been part of the project spoke.

When the loan was repaid to Trust Bank the hall took on the name of the replacement sponsors Westpac. When that sponsorship expired it reverted back to it’s original name of the Waihi Beach Community Centre. 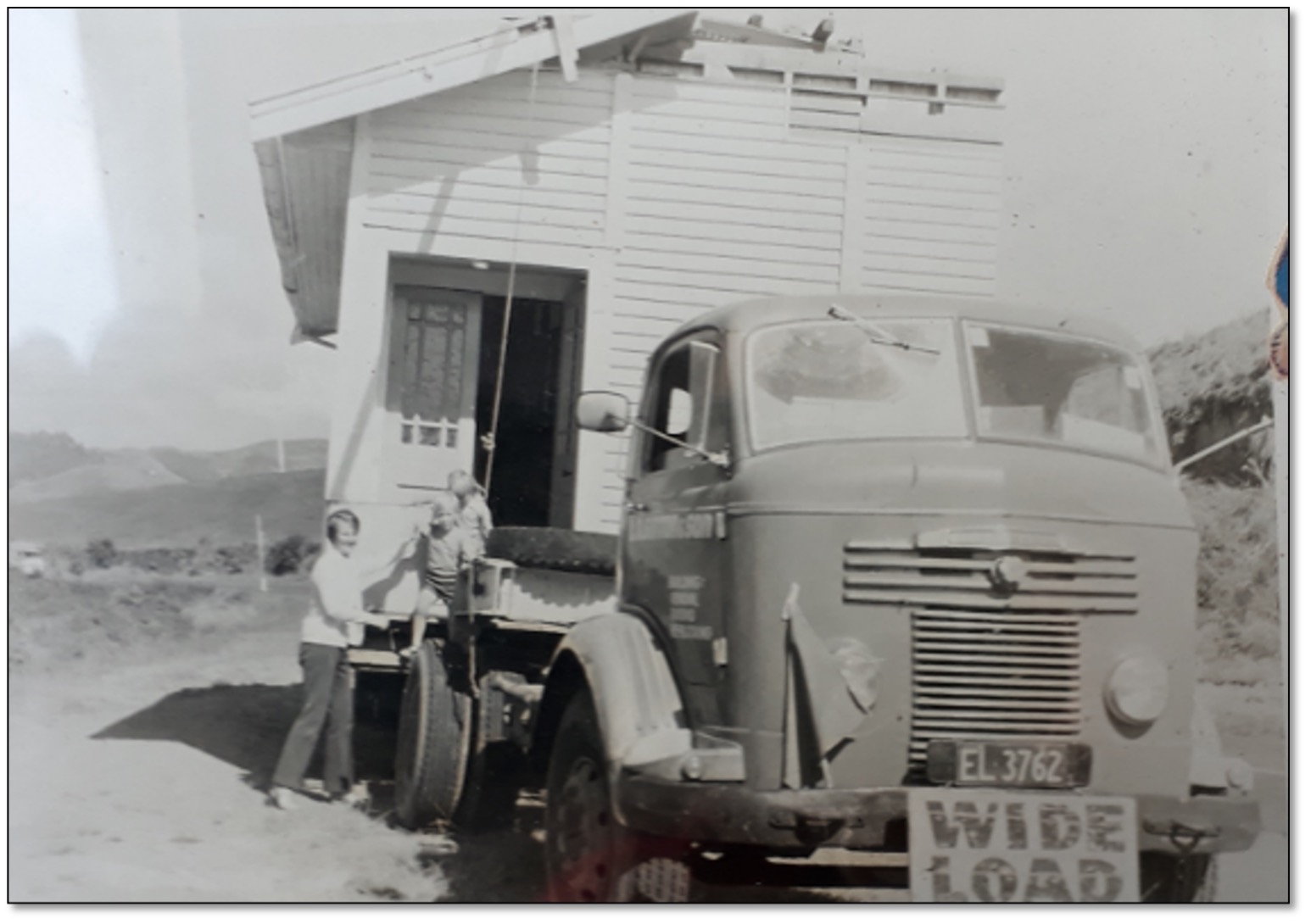 Waihi Beach Playcentre being moved to its site 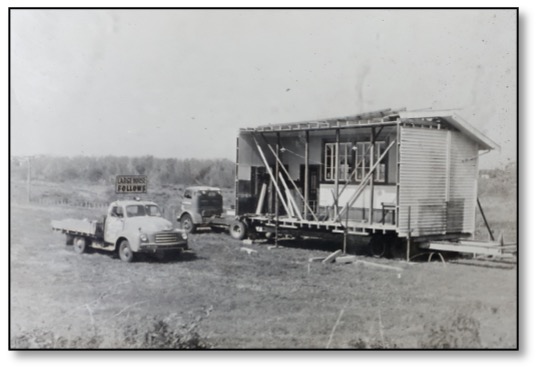 In 1975 one of the Waitawheta School buildings was moved to the front of the Waihi Beach School by Rob Burrell Earthmovers and put into place by volunteers: two being Ian Robinson and Roy Pool. This became the Waihi Beach Playcentre.

The building is well over a hundred years old and has some original features inside.

It came in two pieces and was resurrected on site.

The roof had to be redesigned to suit the new shape of the building.

Heather Robinson and Doreen Mudgeway were the first to take their Playcentre Training and become foundation supervisors of the sessions. 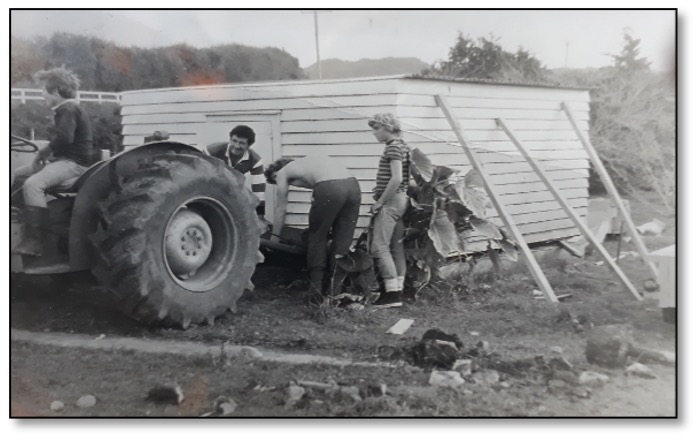 The remu bike shed at Waitawheta was carried on Roy Pool’s truck which broke a clutch in the Karangahake Gorge as the load was too heavy.

0.58 miles
Waihi Surf Lifesaving Club: Note that it was not named as Waihi Beach Lifeguard Services Incorporated until after 2010, after  all life saving clubs were drawn under a  national body Read more...

0.61 miles
Early camping Camping at the North End has always been popular, even in the days where there was  neither  road nor amenities. The earliest photographs show families in large canvas Read more...

0.34 miles
Development of residential housing in the Brighton Road area started as early as 1924. Brighton Park Reserve is marked north to the Leo Street sections. The area is significant today Read more...
View all