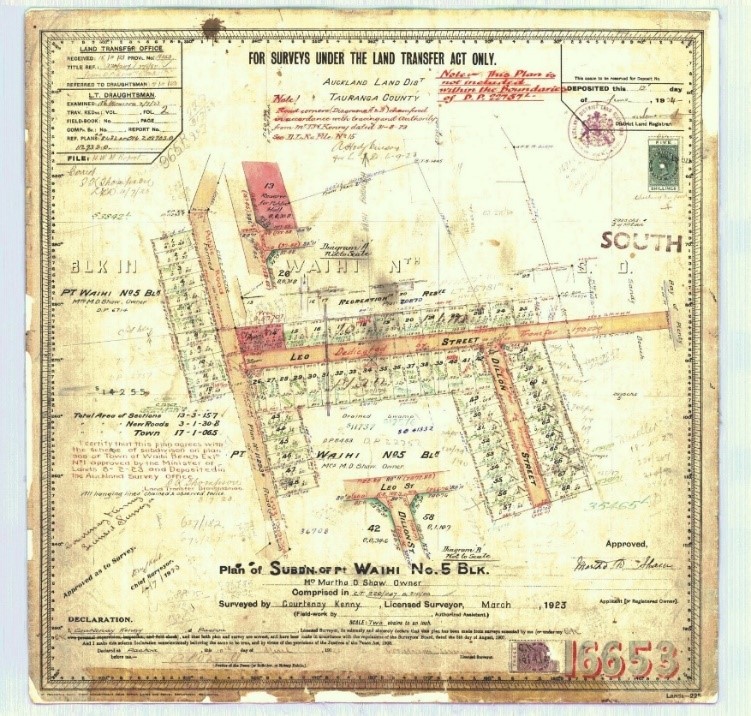 Development of residential housing in the Brighton Road area started as early as 1924. Brighton Park Reserve is marked north to the Leo Street sections.

The area is significant today as a recreational facility and open space reserve.

It was significant in the past because it was the centre for returned servicemen activities and a community hub. 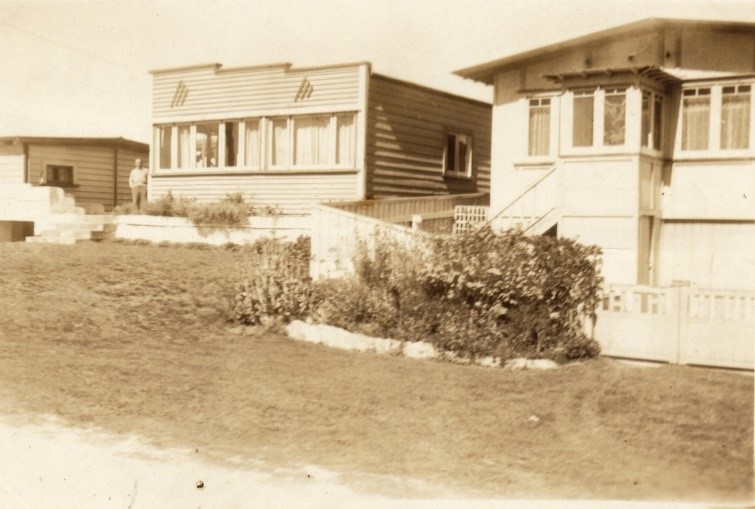 Brighton Road residential building 1948 depicting the design of the period. 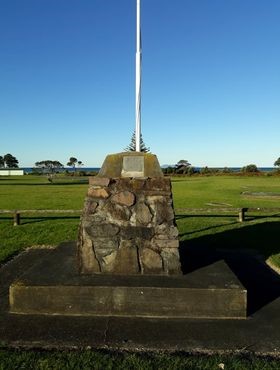 A memorial was erected in the Brighton Road Reserve in 1988 to commemorate New Zealand’s soldiers who served in World War One and World War Two.

VJ DAY 15th AUGUST 1995
The 50th anniversary of the end of World War II 1939- 1945 In tribute to all who served New Zealand overseas  and at home throughout these years and in memory of those who laid down their lives. 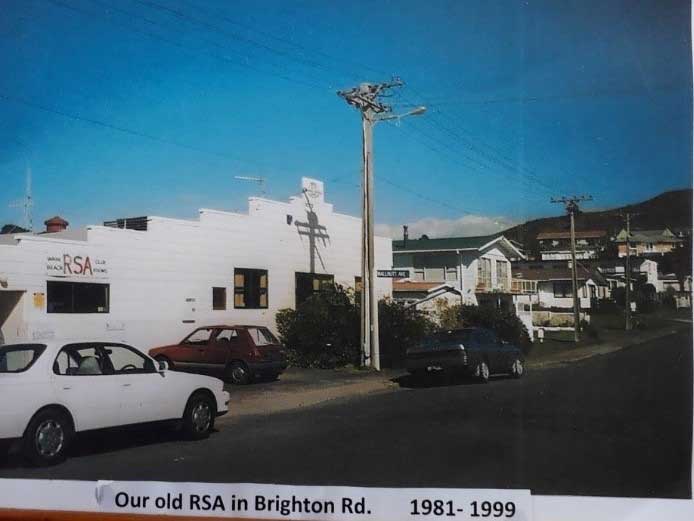 The original  Waihi Beach Memorial RSA was in Leo Street, northwards opposite this QR code. It was hurriedly built in 1946  to welcome the return of our soldiers from World War Two.

Many names on the first committee of the Waihi Beach Memorial RSA were those of the first bach owners – Whaley, Clarke, Hopkins, Hicks, Hovell, Morrison and Slevens.

During the RSA’s time there, until it was replaced by the new one on the hilltop in 1990, the facility  played an active role in community activities.

It was a place for returned servicemen to gather.

It was also used as a community hall, temporary Plunket rooms, and a venue for table tennis and indoor bowls (before the indoor bowling club moved to the Bowentown Boating Club in 1963 because of better floor levels). 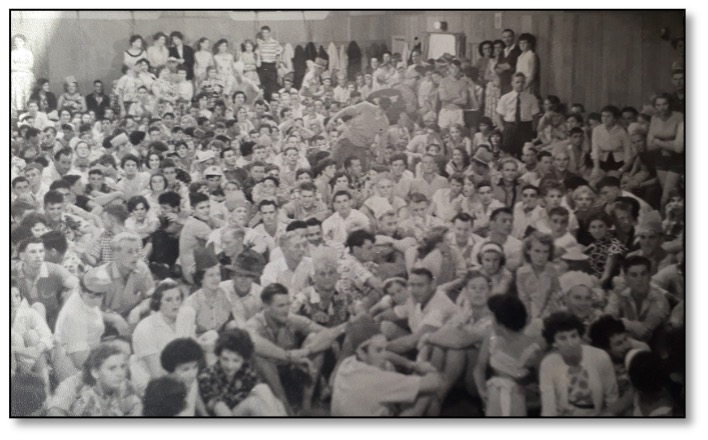 The Waihi Beach RSA was packed to capacity at New Year’s Eve 1953.

The building  burned down in 1956 and a hall and side room was built on the same site by volunteers. In the interim the RSA bought Fred Hawkin’s house in Shaw Road to use as clubrooms to maintain club activities.

The Leo Street premises was in competition with the Cabaret in the 1950s and 1960s as a dance hall. It hosted popular bands, and held Sunday midnight dances to avoid the liquor restriction which prohibited alcohol on Sundays.

Stories describe the boys outside drinking in their cars during dance breaks, and girls remaining inside.

The Club offered the Brighton Road premises to the  Ohinemuri Council for use of a Town Hall. The project  initially went ahead  but in 1972 the council withdrew its offer, and so the Shaw Road property was sold and the Club moved back to the original premises. 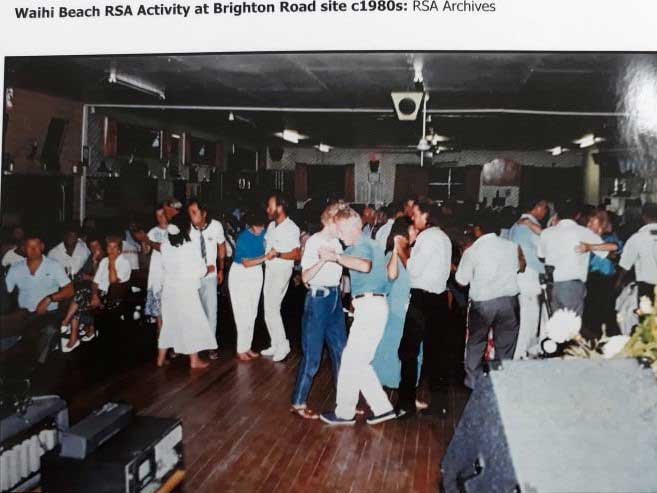 Dancing in the 1980s in the Waihi Beach RSA.

Having overcome setbacks, including the denial of Liquor Licence in 1980 due to community opposition, the Waihi Beach RSA obtained approval in the following year. There was then a marked increase in club membership.

In 1992 Stuart and Rita Brown offered the RSA a prime one hectare hilltop location off Beach Road.

Construction of the current Waihi Beach Memorial RSA began in 1998.

0.27 miles
Waihi Surf Lifesaving Club: Note that it was not named as Waihi Beach Lifeguard Services Incorporated until after 2010, after  all life saving clubs were drawn under a  national body Read more...

0.3 miles
Early camping Camping at the North End has always been popular, even in the days where there was  neither  road nor amenities. The earliest photographs show families in large canvas Read more...

0.36 miles
The first commercial building in the extended Shaw Road was a grocery store.  The shop was built Mr McCormach in 1948. The store was run by Mr Shaw, who was Read more...
View all