Waihi Surf Lifesaving Club: Note that it was not named as Waihi Beach Lifeguard Services Incorporated until after 2010, after  all life saving clubs were drawn under a  national body in 2005. 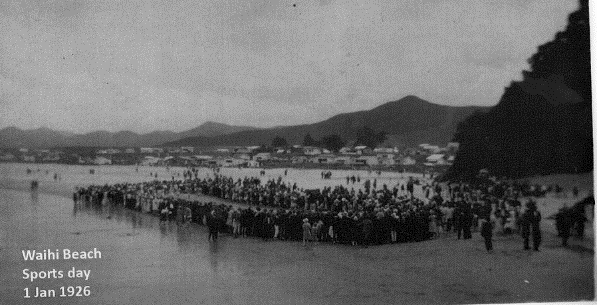 Waihi Beach volunteers had formed a group as far back as 1926 to run sports days and life saving activities before being a Waihi Surf and Life Saving Club.

In the latter part of the 19th and early 20th Century Waihi Beach became a popular holiday place.

In these early days surf safety at the beach was  ad hoc. What equipment there was had to be stored in shelters that were not necessarily in the  most accessible places.

Rescues were carried out by willing volunteers – usually good swimmers who knew the local conditions well, and were men.

Sports days and regatta were annual events run by a volunteer group.

By 1911 the Waihi Borough Council, and especially the Mayor, were showing  concerns for the proper storage of the equipment for life saving. 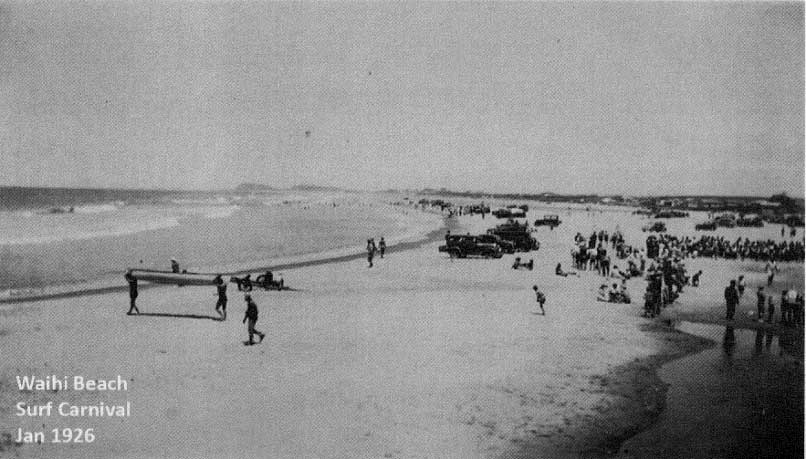 Annual surf carnivals were a popular  event for the life saving groups showcasing their training skills and rescue equipment.

The first recorded lifesaving lesson was given by Mr C. Welson from Auckland in 1913. It  involved lessons in both reel drills and the use of the catamaran.

By 1921 maintenance of equipment was in the hands of Messrs Walnutt and Quintal, with the first reel purchased for ₤12.7/6.

Rescues and training were being conducted on a regular basis for the growing number of volunteers and discussions were beginning about forming a club.

By this time there was a national association and a number of established clubs around the country.

The main point of forming a club was to be able to access the excellent training skills from elsewhere to supplement what was available at Waihi Beach. 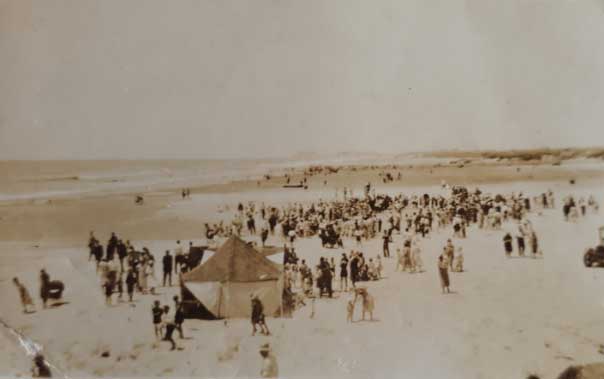 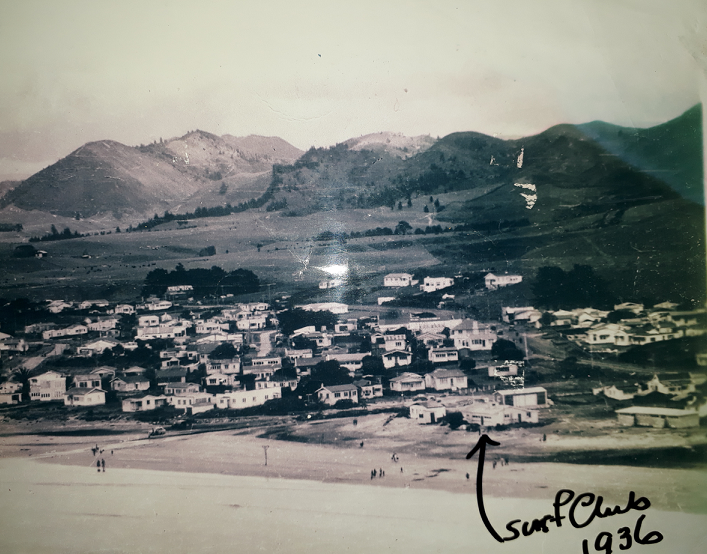 The Waihi Surf and Life Saving Club was opened on the 17th March 1935.

A meeting was held in Keatings Tea Rooms. Interested persons met with visiting representatives of the Auckland Association and the Tauranga Ladies Team.

It  was decided to elect a committee to establish a club.

The committee, along with other interested persons, held several meetings at which they adopted club colours and set membership fees at: 5/- for men and 2/6 for ladies.

A meeting regarded as inaugural was held in the Miners’ Reading Room on 27th May 1935 and the Club Proper was formed.

By October that year membership had increased and a keen “ladies team” been formed. 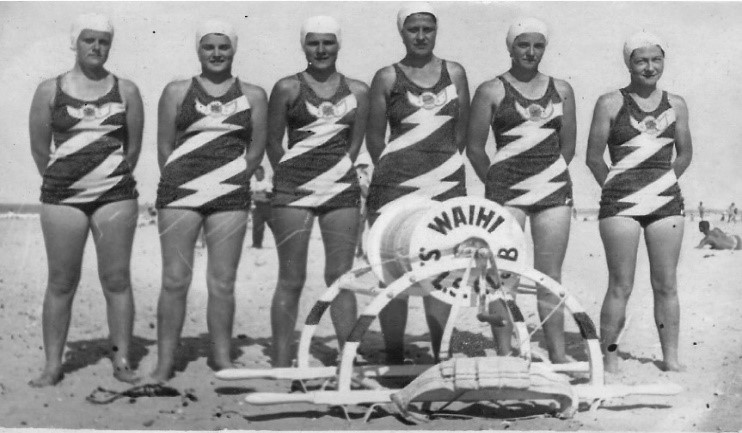 Women’s team 1941: C Stamp, J Gibson, B McCullough, B Hunter, J McCartney, N Du. This was the first women’s team to compete at the National Championships. 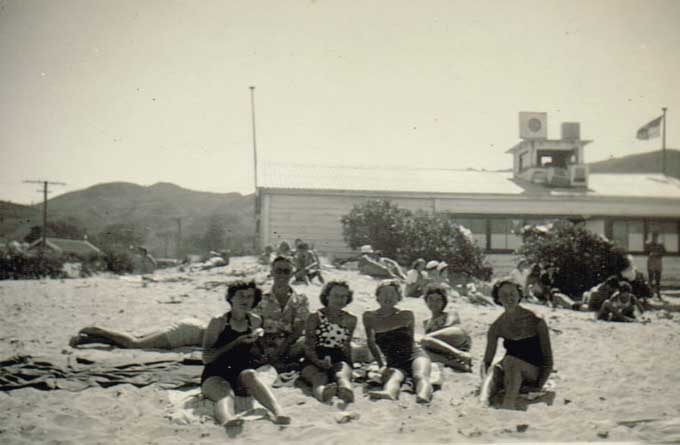 Swimmers and sun bathers remained close to the front of the club, as this was where “ all the action” was. 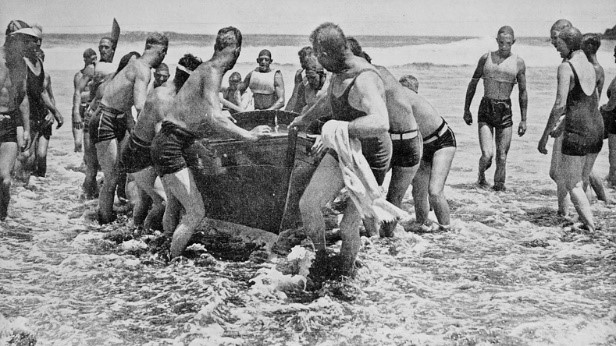 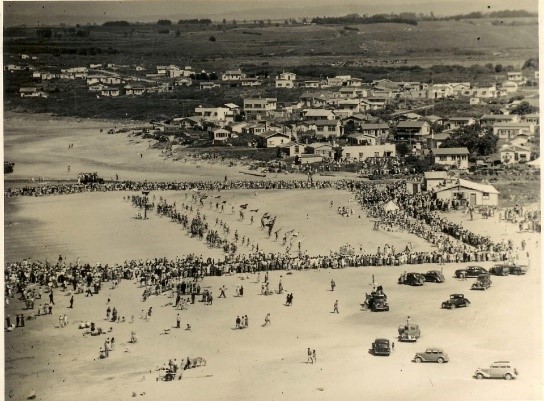 Late February 1949 saw the culmination of Waihi’s effort in hosting the Nationals. The success of the carnival prompted letters of congratulations, standing the beach in good stead when its application was forwarded to host the Nationals again in 1953.

Over 30 clubs competed on Waihi Beach March 1955 for top honours in the Surf life Saving Field. 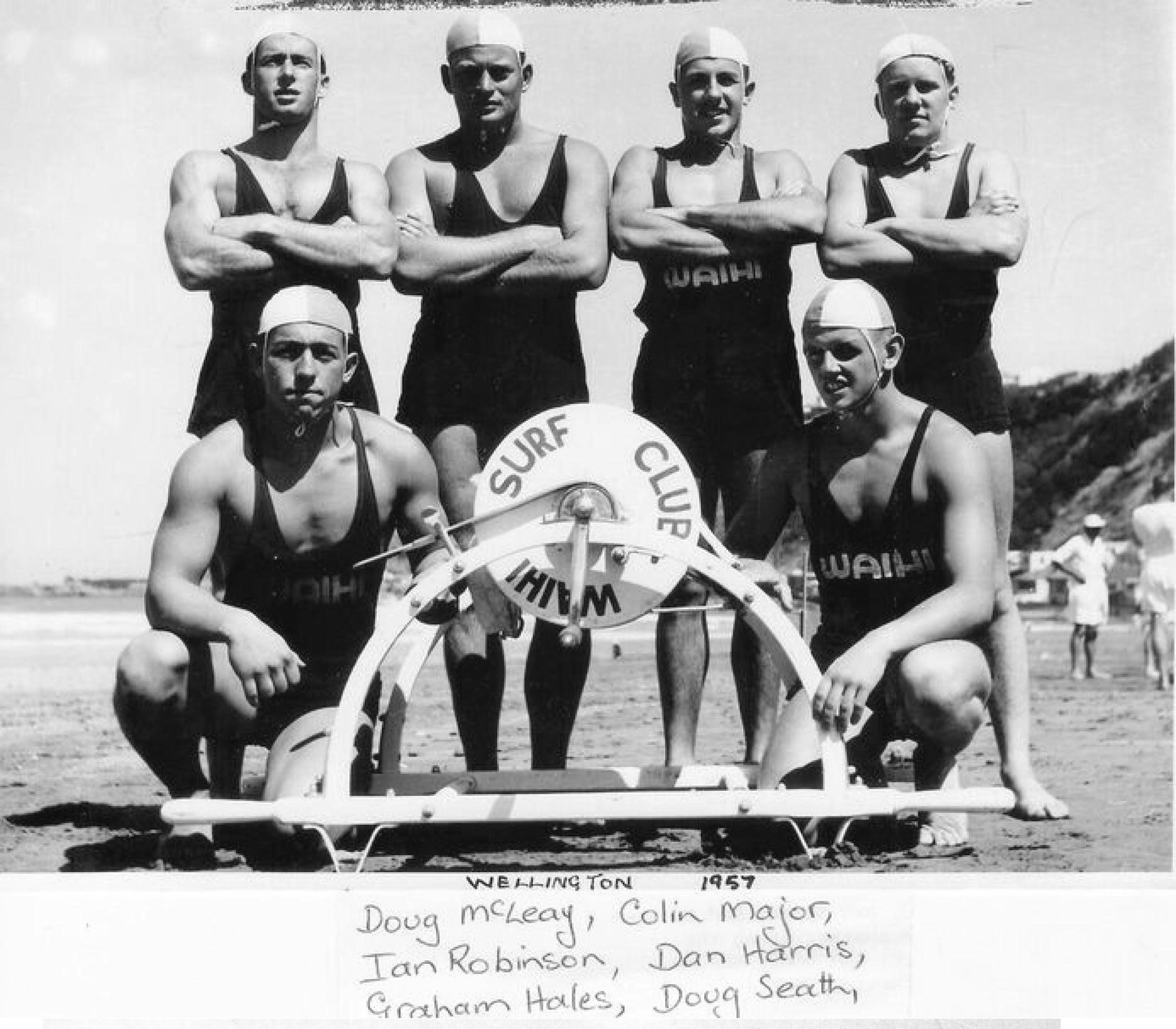 At the competitions the judge would go along the assembled team and randomly assign roles e.g. one member would be a patient, another would be the reel and so on.

This meant that each member had to be able to perform every aspect of the rescue. 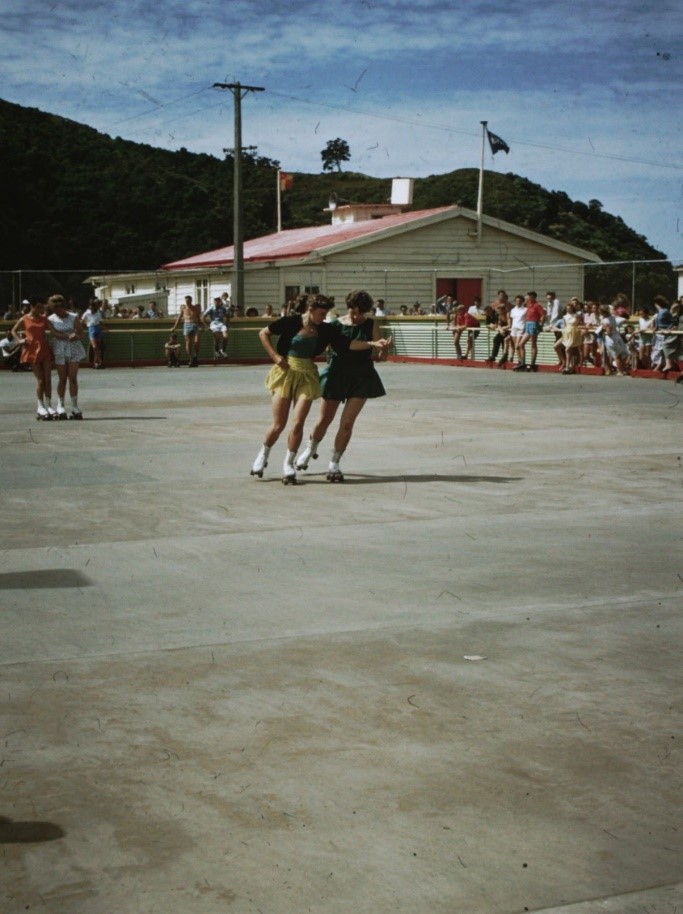 Behind the Surf Club was a skating rink built in 1957.

It was surrounded by steel rails and a 6ft concrete path for the benefit of onlookers. The whole area was enclosed with a 9 feet high cyclone fence.

The skating floor was about half an inch thick of a special metallic surface on a solid concrete base. This surface, after extensive tests, proved most suitable to stand the strain of skating and cost £1200.

Long and Groves, proprietors of the Beach Camp were the project managers and both men took an active part in the construction of the rink. 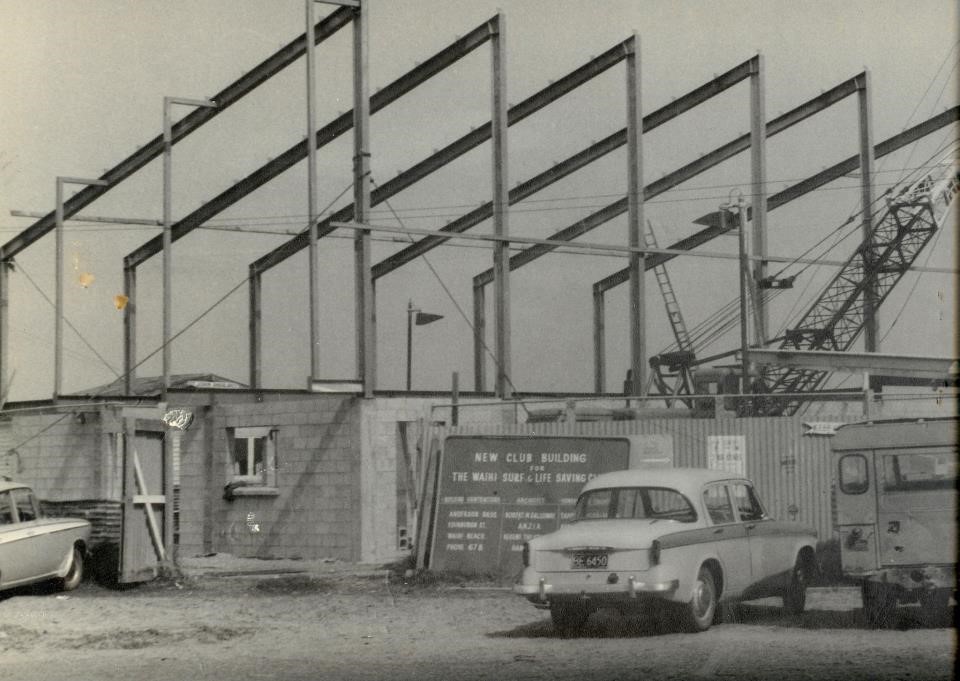 The current  Waihi Beach Surf Club being built in 1971.

By the late 1950s it had become obvious that the club would soon require a new pavilion.

From this date until it’s completion in 1971 the club experienced one of it’s most difficult and yet strengthening periods.

Continuous altercation with the Ohinemuri Council regarding the siting of the new pavilion resulted in the club purchasing the lease of the skating rink, and then  applying to the council for permission to erect a new pavilion.

The council finally acquiesced and the club were able to position the club building where patrols could be controlled from the patrol tower.

The new pavilion when completed and furnished cost in the vicinity of £40,000.

269 feet
Early camping Camping at the North End has always been popular, even in the days where there was  neither  road nor amenities. The earliest photographs show families in large canvas Read more...

0.27 miles
Development of residential housing in the Brighton Road area started as early as 1924. Brighton Park Reserve is marked north to the Leo Street sections. The area is significant today Read more...

0.61 miles
The first commercial building in the extended Shaw Road was a grocery store.  The shop was built Mr McCormach in 1948. The store was run by Mr Shaw, who was Read more...
View all