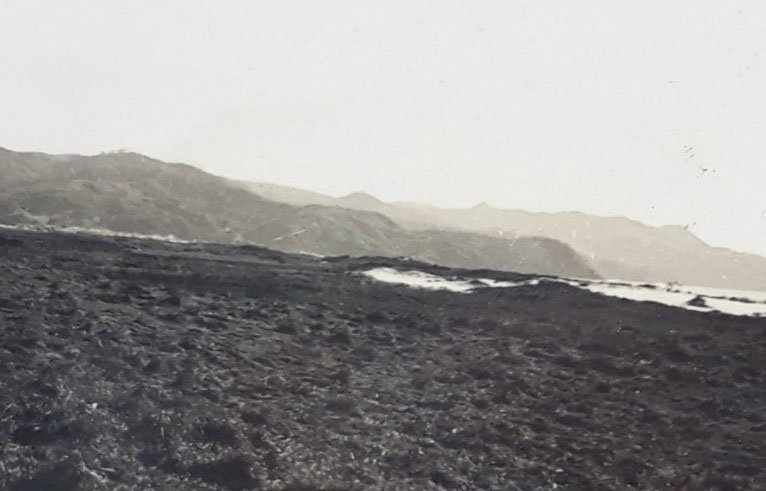 The landscape across the reserve land below Douglas Littlejohn’s farm in the 1940s.

Koutinui (the original name) was focus of intense Māori occupation as indicated by significant archaeological finds in the early 1900s, and an abundance of shell middens across the area.

Koutinui was Crown land by the time Douglas (or Doug as he was known) and Alice Littlejohn bought the farm in 1939. The northern boundary was Three Mile Creek. One side of Three Mile Creek was Ohinemuri County and other side was Tauranga County. When Douglas  put a bridge over Three Mile Creek in the 1950s he had to get consent from both counties which had different specifications.

Neighbouring families were Len Emerton who farmed along Emerton Road, and Harog Harog Capamagian to the east.

Koutinui was renamed Island View when it was subdivided in the fifties. 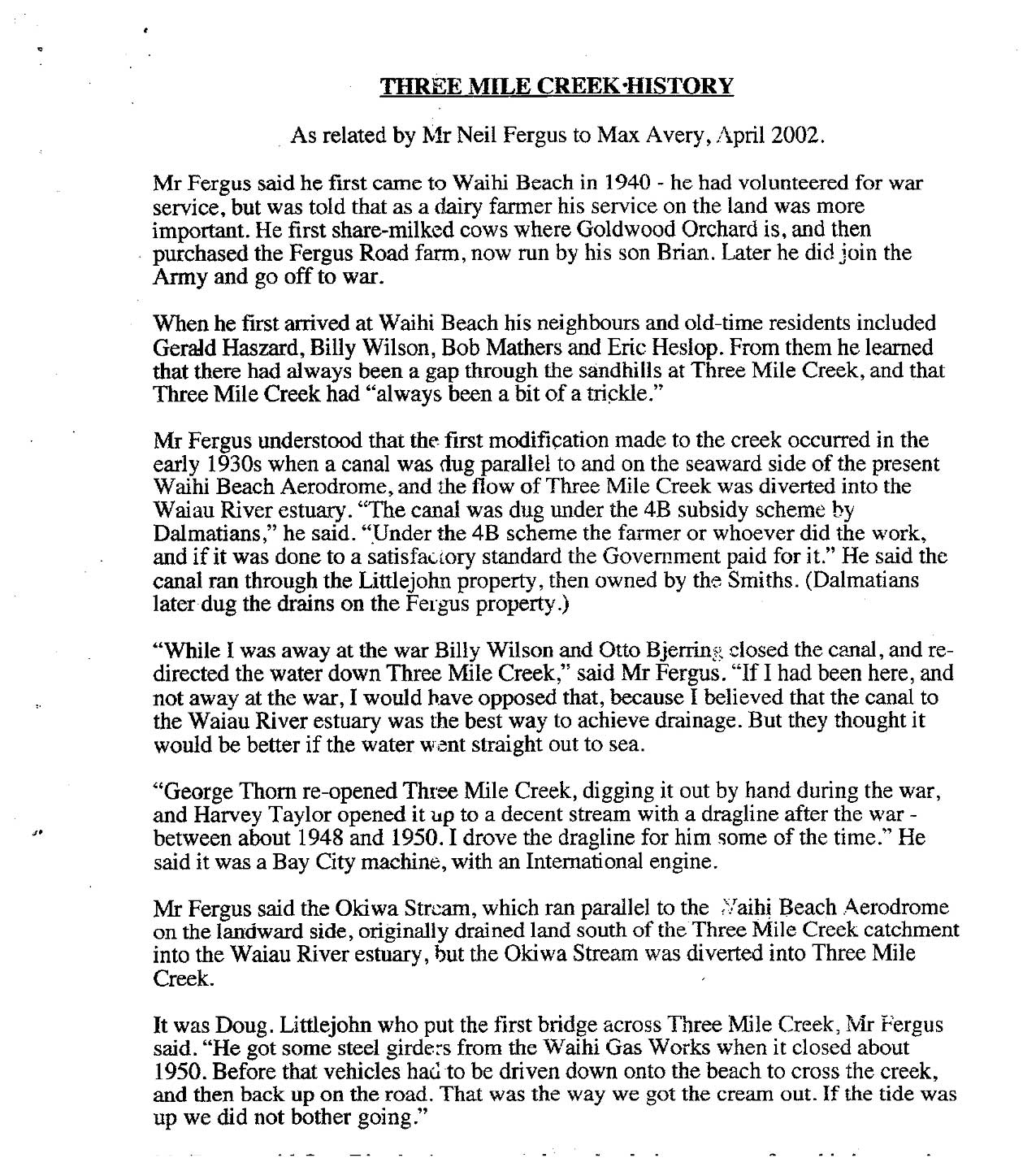 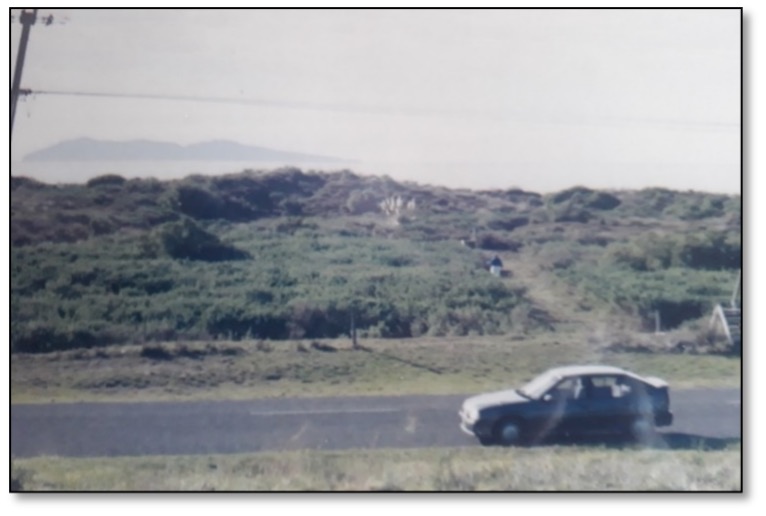 In 1939 there was no power, phone communication nor roads. Doug watched the tides and traversed the beach at low tide to get supplies from north end stores.

Doug purchased twenty nine jersey cows which arrived by train to the Waihi Station. The cows were off – loaded to a cattle yard until being chaperoned to the farm by men on horses.

Paddocks were ploughed with a single furrow plough. A harrow smoothed the soil before planting. Alice led the horse keeping the rows straight while Doug held the maize planter pulled by the horse.

Because he was sending cream to the dairy factory Doug had pigs to eat the skim milk, and he ran a few sheep for eating. However the farm was mainly dairy.

When son Merv started school he rode his horse Duke along the beach. Before returning after school Merv collected supplies from Lovel’s Store at Fyfe Lane and transported  them home in a sugar sack. 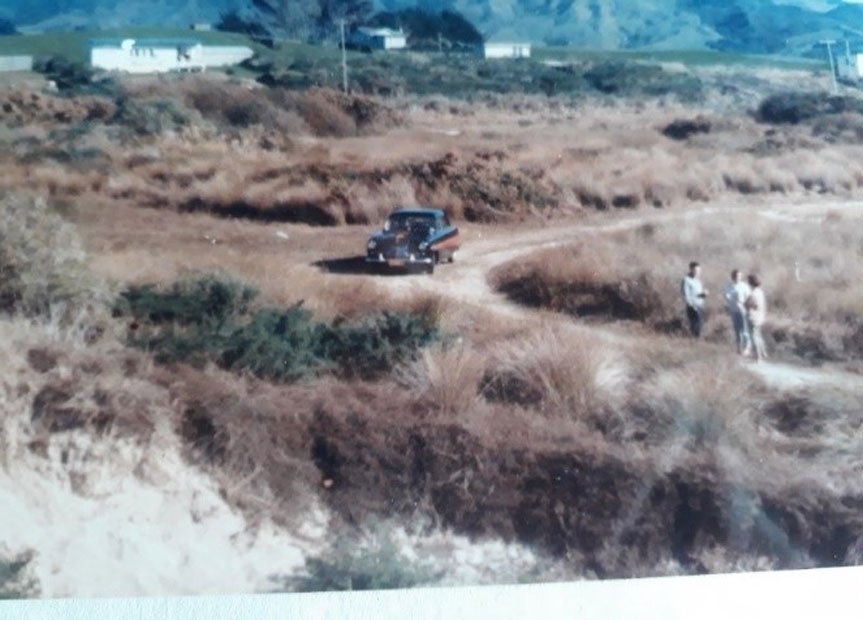 The road to access the north end via the beach until the1950s was still visible in the 1970s. 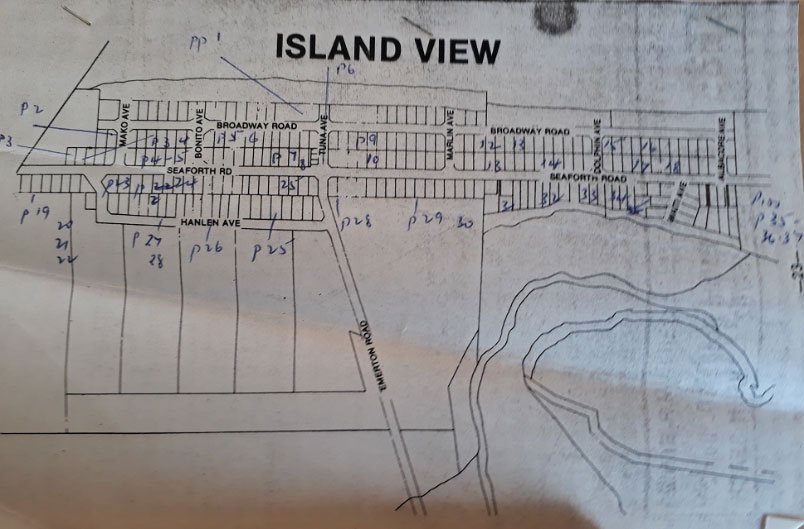 The first subdivision of the newly named Island View 1956 is sketched by Mr Cowan, the real estate agent.

The fine houses seen in the vicinity today have replaced the initial simple baches.

0.58 miles
Emerton Road, built in 1951, was named after Len Emerton. Johnny Pio was hauling his “full milk” across the Ford to get it to Katikati. Len Emerton and Doug Littlejohn Read more...
View all