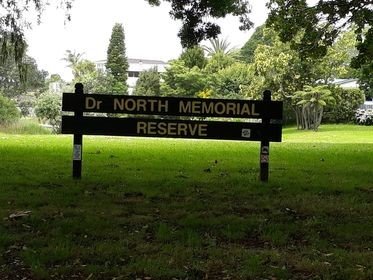 He was a retired resident who had received an M.B.E for contribution to others during his lifetime.

Although Allan North wanted to be a doctor, he trained as a civil engineer, spending all his holidays with the Māori Mission, learning Te Reo and taking services.

The Presbyterian Church put Allan through medical school to train him to become a medical missionary. During World War Two Allan served as an army lieutenant in the Medical Core.

After the war had ended the Health Department gave him a position ‘Special Area Doctor’. It was a role where he could care for people’s spiritual needs as well as their physical needs.

Allan served at Te Whaiti serving the Māori Mission for the next sixteen years. Not only was he the only doctor in the area, he was also an elder in the church, taught Sunday School, and was secretary of the Tribal Committee which ran the marae. In emergencies he was the local taxi driver.

Allan and his wife Jess retired to Athenree in 1971.

There were always local missionaries passing through and overseas visitors interested in Maori and their ways of dealing with illnesses. People from America, Canada, Holland, Samoa, France; and even a Danish count arrived to sojourn at Doctor North’s household.

Athenree has been well known for its agricultural farming.

Keith Harwood cropped onions on Maori land on the hill.
The picture, taken in the 1960s, depicts either the Sydneys’ or the Pios’.

Prior to the 1920s Maori grew maize, kumara and potatoes which they loaded onto barges and sold in Tauranga.

During World War Two paddocks of carrots, onions and greens were grown both in Bowentown and Athenree for the Pacific Forces. Mrs Browne had long rows behind the domain where the new subdivision is being developed today.

Keith Harwood in the 1950s and 1960s grew vegetables, specialising in onions.

Both generations of Browne’s grew vegetables. Snow Browne had a red barn on Athenree Road which sold vegetables in the 1970s and1980s.

Today these agricultural lands have been replaced by residential housing.

0.35 miles
The Athenree Ford ( also called the Bowentown Ford) When the road from Tauranga was built in 1881 the only thoroughfare to the commercial end of Waihi Beach was through Read more...

371 feet
The Mayor View Volunteer Fire Brigade Athenree Station was built by residents who stepped for their community in 1975 to form the Athenree aux Fire Brigade.This was attached to the Read more...
View all