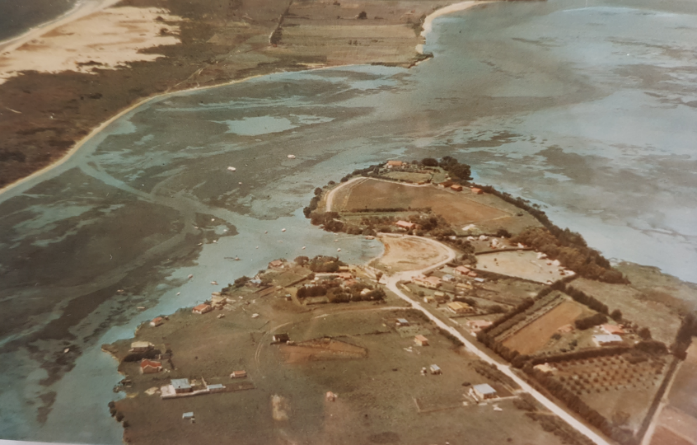 When the road from Tauranga was built in 1881 the only thoroughfare to the commercial end of Waihi Beach was through the ford and up the ten or so miles along the beach at low tide.

The area between the Waiua Creek and Waione Road. was most suitable place to cross. This is where you are standing now.

At the turn of the 1900s there was a jetty identified by the black pile remains you can see at low tide. This was called “the landing.”

At the turn of the twentieth century Māori farmers would load their kumara and agricultural goods on scows to sell in Tauranga from the landing. It was here too that early settlers landed.

People and supplies would cross the ford, and navigate a track through Bowentown to the Waihi Beach ocean.

In the 1890s all equipment for the Waihi Beach United Gold Mining Company, including the boiler engine used to power the poppet head and dewatering pumps, was transported this way.

Coal was brought in by scow, dropped at Pio Point, and transported to the mines in the same manner.

In the 1940s Johnny Pio’s cream was bought over through the ford from Bowentown by horse and cart to be picked up at Steele Road and taken to the Katikati Co-Op Dairy Company. It was said that if the tide was high, he sat on top of the cream cans to stop them floating away.

Children from Athenree would arrive at school at the north end by horse and cart after crossing the ford. 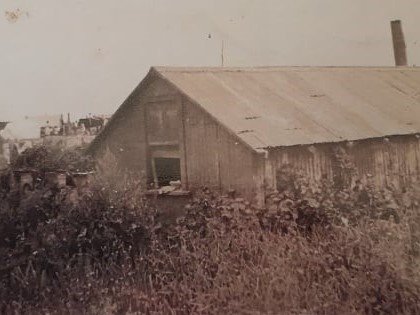 The tin shanty on the Athenree foreshore was the Harry Harley family home after the depression. It was about five metres north from where you are standing.

It was not lined and was divided into a living room and a bedroom. The earth floor was covered with shells. 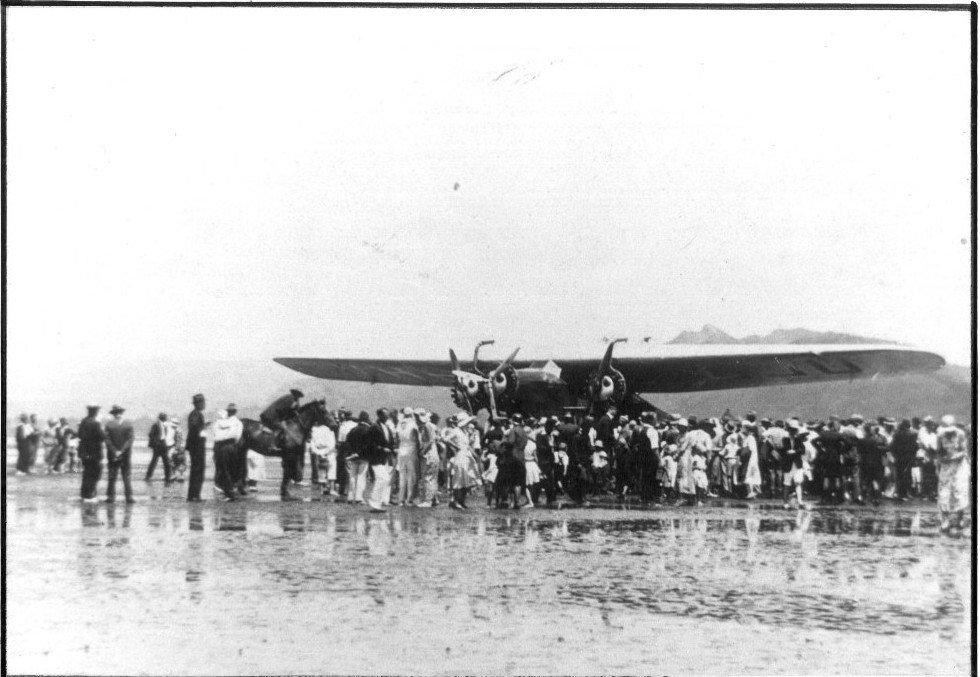 In 1929 “The Southern Cross”, a Fokker aeroplane piloted by Kingsford Smith landed in the mudflats behind the camping ground on Rapley land. The flats in those days were of firm sand and shell, unlike today.

He sold tickets for aeroplane rides for ten shillings. He was so popular that he returned in 1934.

0.28 miles
The Mayor View Volunteer Fire Brigade Athenree Station was built by residents who stepped for their community in 1975 to form the Athenree aux Fire Brigade.This was attached to the Read more...

0.35 miles
Doctor North Memorial Reserve The reserve was named after Allan North 1933 – 2007. He was a retired resident who had received an M.B.E for contribution to others during his Read more...
View all