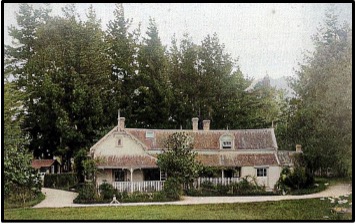 It was one of the first homesteads built in the district.

The one you see today has been restored from the original by the Athenree Homestead Charitable Trust. 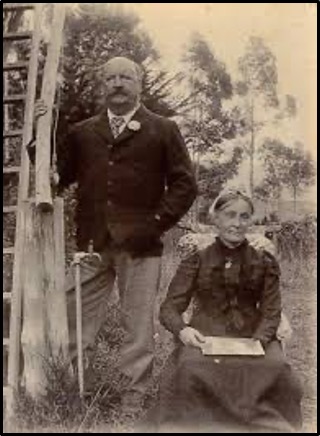 Hugh and Adela Stewart  outside their pagoda/ water tower at the turn of the twentieth century.

Captain Hugh Stewart and his wife Adela arrived from Northern Ireland on the Lady Jocelyn in August 1878 with their son Mervyn who was seven. They were part of the second group of Northern Irish settlers to join the Katikati settlement founded by Hugh’s brother George Vesey Stewart in 1875.

They were allocated 300 acres (and later 500) of scrub and fern north of Katikati which they named Athenree after the district they had left behind in County Tyrone, Northern Ireland.

Hugh and Adela were both industrious and hospitable. They developed a large garden, made the farm as productive as the poor soils would allow, and hosted many visitors, parties and church fundraising functions.

She was known for her balls and dances, lighting up the house with frocks and music, going into the wee hours – often to 5 a.m with visitors leaving after breakfast at 10.

A number of young men came to live with Hugh and Adela as farm cadets. Hugh taught them the basic skills of farming.

Adela wrote a book “My Simple Life in New Zealand,” 1908: Adela Blanche Stewart. It is a significant record of farming and colonial social life for that period of New Zealand, and can be purchased at the house.

Hugh died in England in April, 1909, and early the following year Adela returned to New Zealand for a visit.  She died on the night of her arrival at Katikati on 12 February 1910. 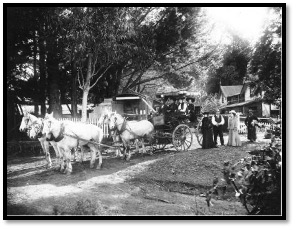 The post office is behind the horses in the photo to the right.

On the 2nd June 1890, Captain Hugh Stewart was appointed Postmaster of Athenree at the princely salary of 5 pounds per annum.

He had to build the post office at his own expense.

In September 1906 the Stewarts sold the property to Henry Waterson.  He only owned the property for a year, but in that time stripped the house of all its fittings and furnishings, which is a major reason why there are very few in the original house existing today.

Arthur and Margaret maintained the homestead and property well during their time there between 1921 and 1946. 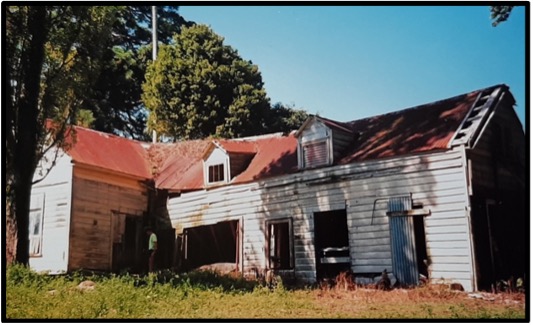 The house and grounds in 1990s was in great disrepair.

The house was in good condition until 1952, after which it steadily deteriorated.

The Homestead fell back into Rapley hands when John and Colleen purchased it in 1986.

Ellen McCormack, Snow Browne and John Rapley  had long dreamed of restoring the property, and shared this dream with a small group of like-minded people.

By this time the verandas and Ophir Room had gone, the floor had rotted and collapsed, window and door joinery had been removed, all interior fittings and brick chimneys had been removed, the roof had rusted and holed with water penetrating the interior structure.

A tree fell on rear of building, destroying the kitchen area and an upper bedroom. 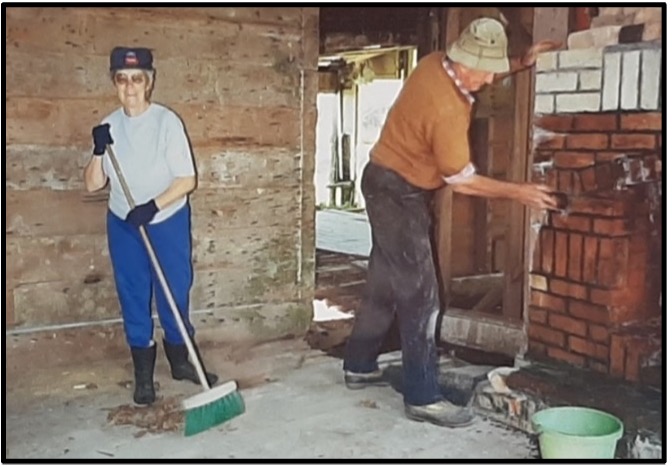 Ellen McCormack and Snow Browne working in the dining room 1998

A newly formed Athenree Homestead Trust Board pursued the vision of the homestead being renovated to its former glory.

In 1997 a Conservation and Maintenance Plan was prepared by Five Plus One Architects with the help of historians Ellen McCormack and Rosalie Smith, engineer Tom Flood, and  Quantity Surveyor Ralph Murray.

The renovation was undertaken by Bob Irvine a local builder with heritage experience. He had limited documents and plans to work from but did a remarkable job. 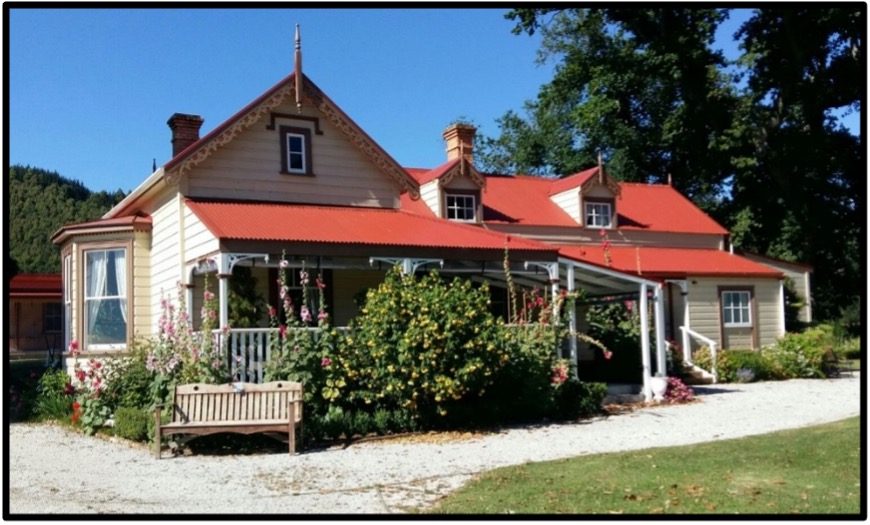 The restored building as it stood in 2002

A succession of volunteers continued the great work begun by those first Board members.

The front part of the House was opened to the public in 2002 but it was not until 2018 that there were sufficient funds for the rear of the House.

The rear of the building had been rather different from the available drawings – there had been a rear verandah, and internal bathroom, school room on upper floor.

In 1927 the rail line from Waihi to Tauranga was opened  The line was part of the East Coast Main Trunk that went as far as Taneatua.

The rail line ran under Athenree Road by the corner of Waiau Road; if you turn around you will see gum trees by where the railway cutting was.

The Athenree Station commenced its life at the eastern end of the Athenree Gorge, about a kilometre to the west of Athenree Homestead.

The station was a place to unload goods such as fertilizer, fuel and timber. Many children caught the train from Athenree to Katikati for school.

The rail line ran under Athenree Road by the corner of Waiau Road; if you turn around you will see gum trees by where the railway cutting was. 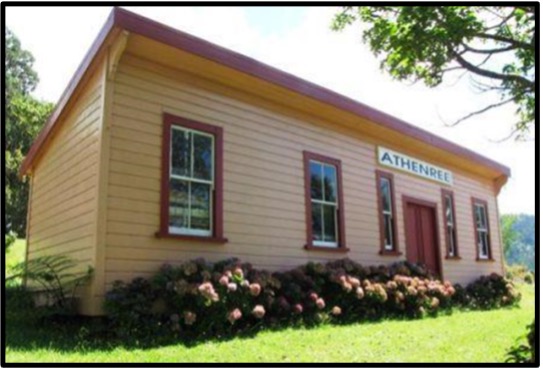 In 1978 the Kaimai Rail Tunnel was completed and the Athenree Railway Station was no longer needed.

In 2014 the Station was moved to its present site, renovated and a fully equipped commercial kitchen installed.

The Station as it is today.

Athenree Homestead is a public reserve. You are welcome to walk around it. Please treat the property as you would your own.

Opening hours are displayed on a sign behind you.

Admission to Athenree House is by way of a $5 donation.  This goes towards the upkeep of the House.

No listings were found matching your selection. Something missing? Why not add a listing?.